Not available for free reprint

About Paul Glen
Profile
Awards & Honors
In the Media 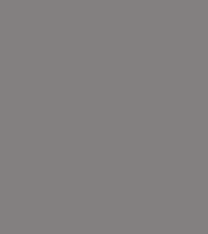 Each month you’ll receive tips, ideas and insights about IT management.

Sometimes It Takes a Tyrant to Support Collaboration

Sometimes a manager needs to be a tyrant.

On rare occasions, anything less is a disservice to one’s organization and an abdication of responsibility. Even the most open, consensus-oriented manager needs to be prepared to use dictatorial powers now and then.

Those of you who are regular readers of this column are already familiar with my biases. My philosophy tends to fall toward the collaborative end of the managerial approach spectrum, where the other end of the scale is authoritarian. Knowledge work requires the free flow of information, ideas and, yes, knowledge.

But on some things, I think that a collaborative approach is neither desirable nor appropriate.

Most of you are probably thinking about crisis situations as examples: emergencies during which a coolheaded dictator can marshal the efforts of the masses to save the world. But that’s not what I’m talking about. I tend to think that most crises can be managed collaboratively, although certainly in a more directed and tightly coordinated manner than daily operations typically require.

In which discipline is your IT group performing best?

Instead, I think that an appropriate use of dictatorial power is to defend and maintain a collaborative culture — paradoxical but true. Open and collaborative organizations can be relatively delicate. They are especially fragile when they are new or represent an island of trust in a sea of hierarchy. And they can be destroyed by a handful of people — or even just one — who won’t participate. Mutual trust can be violated in an instant and may be nearly impossible to restore. In other words, managers need to use their dictatorial prerogatives to set boundaries on appropriate behavior. Allowing one person’s inappropriate antics to continue unchecked can undermine the collaborative culture of a whole group.

There are a few common types of behavior that need to be addressed immediately. They include the following:

Personal attacks. Disagreements are an important part of a functioning workplace. People need to be able to have blunt conversations, but turning a disagreement of substance into a personal assault undermines the spirit of trying to do the right thing.

Unprofessional behavior. Sometimes the tone or substance of a person’s participation lacks the professionalism that the rest of the group expects. It may not be clearly unethical, but it may be questionable.

Self-serving behavior. If a group is to be truly collaborative, members need to balance self-interest and group interest. When they conflict, the group needs to come first as often as possible.

Unethical behavior. Some self-serving behavior crosses the boundary into the territory of unethical behavior. Good people can succumb to the seduction of conflicts of interest without completely realizing it. Some people can be rehabilitated with appropriate intervention, but others can’t.

Illegal behavior. Here, urgent action is clearly required. A manager must protect not only his staff but the organization as a whole. Embezzlement, bribes and sexual harassment are not to be treated lightly. If you suspect that illegal activity is going on, your first call should be to an attorney, not the offender or even your boss.

How you use power to intervene depends on the urgency and severity of the situation. Here are four basic approaches to consider:

Peer pressure. The softest approach is to ask a peer of the offending person to quietly take him aside and talk to him about his transgressions. This offers the offender a chance to change with minimal humiliation, if he is so inclined.

Private conversation. Sometimes you, as the manager, need to have a private discussion with the offender to pressure him to act appropriately. This meeting may be planned or unplanned. Occasionally, you may need to immediately remove someone from a public forum for this private conversation. If that feels like a trip to the principal’s office, so be it. That’s what it is.

Public repudiation. Sometimes behavior is so inappropriate that it requires a public response, not just for the good of the offender but for the entire group to get the message about boundaries of acceptable behavior.

Banishment. Sometimes you just need to remove a person from the group, whether by arranging a transfer to another part of the organization or by firing him outright.

Letting inappropriate behavior fester can substantially weaken a collaborative culture. Ironically, the best hope you have for strengthening that culture may be to intervene quickly and forcefully.